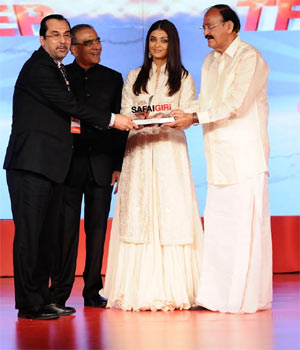 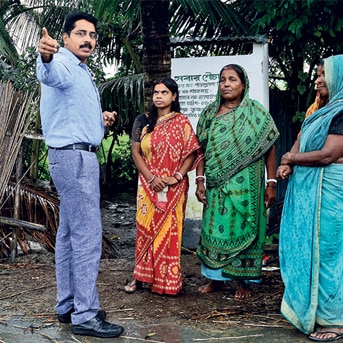 Former Nadia District Magistrate Dr PB Salim initiated the 'SabarSauchgar' (toilet for all) programme in Nadia district of West Bengal in October 2013. Before the programme came into being, 34 per cent of the district's residents were defecating in the open due to lack of proper sanitation. In just 18 months, 355,609 toilets for 5.16 million citizens were built in public places. On April 30, 2015, Nadia district was declared an Open Defecation Free District Under its Sarvajal project, the Foundation provides safe drinking water at an affordable price to the underserved through its decentralised water management system, which includes 'water ATMs'. Sarvajal is working across 300 locations in 12 states, serving close to 300,000 citizens. Mailhem's 323 plants across the country have treated 223,912 tonnes of waste and generated 14.7 million cubic metres of biogas over the past 20 years, saving around 6,625 tonnes of LPG and reducing carbon emission by 140,750 tonnes. Patented the environment-friendly 'plastic tar road technology', which uses plastic waste to lay roads. These are three times more durable than regular bitumen roads, helping save not just waste but also crores of rupees over the years. For its visionary innovation in the sanitation sector, the e-Toilet. Indias first electronic public toilets, these are self-flushing toilets and can be remotely controlled and cleaned. More than 1,200 e-toilet units and over 200 sewage treatment plants have been set up across 18 states in India. An e-toilet flushes itself after every use, using a minimum amount of water determined through sensors. The Naandi Community Water Services (NCWS) has pioneered a sustainable and decentralised model of water distribution that has since been adopted by several players. Users pay a nominal amount to get a daily supply of clean potable water. Taking a step further, the NCWS is now partnering with state governments to provide clean water to the last mile villages. More than 3 million people have access to Nandis community-based safe drinking water plants. 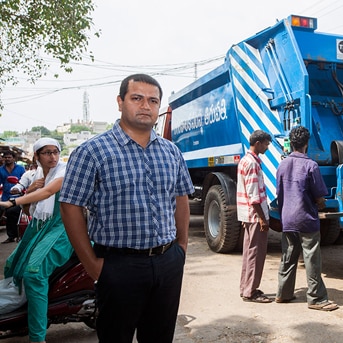 Despite a space crunch in Tirupati, the temple town handles the movement of 75,000 pilgrims every day. The Municipal Corporation of Tirupati has successfully dealt with not just tourists but also kept the 375,000 residents happy. One of the mythological ghats of the river Ganga in Varanasi, Assi Ghat was brought back to its original lore within three months through a massive cleanliness drive by Sulabh International. It was led by B. N. Chaturvedi, national adviser with Sulabh in Varanasi. Today, Assi Ghat is the cleanest public space in Varanasi. On an average, more than 2.15 million people visit the memorial's museum and its 57-acre garden every year. Yet, Victoria Memorial remains spic and div - making it a model for all heritage monuments in the country. This epitome of British-era architecture is the cleanest marketplace in India despite having a daily footfall of up to 10 lakh people. The Rock Garden was found to be the cleanest among all parks, both in terms of perception score and the crowd it manages. The average number of visitors in a day to Rock Garden is between 3,000 and 4,000, more than double the number that visits Delhis Lodi Garden. The beaches of Havelock Island, especially Radhanagar beach, are plastic-free, clean and welcoming for tourists. There are public toilets on Radhanagar beach, dustbins every 50 metres and cleaners who comb the beach for trash every morning. Under the supervision of GMC Commissioner C.P. Dhakal, the cleanliness drive in Gangtok is being carried out on a war footing as part of the Swachh Bharat Abhiyan. In Gangtok, about 90 per cent coverage has been achieved with the hill town banning plastic and offering tourists a spic and div holiday destination.